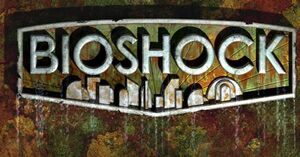 BioShock is a video games series created in 2007 by Ken Levine (creative director of System Shock 2) with 2K Games and Irrational Games for both BioShock 1 and BioShock Infinite. On February 24, 2017 they disconnected from 2K games and rebranded as an Indie studio under Ghost Story Games while 2K Marin only made BioShock 2 with some help of BioShock.

The first two games of the series are based in a dieselpunk, biopunk, magical realism, underwater, dystopian city that was a result of civil war that occurred a year before the player's arrival.

The third game is steampunk with a few biopunk and unusual sci-fantasy elements. Unlike the previous games, BioShock Infinite is set on a floating, apparently (falsed) utopian city called Columbia, that was founded by a self-described prophet, Zachery ComStock.

Later in the third game the two protagonists jump to two alternate timelines; the second timeline Booker fails to get Elizabeth in time. And in the third and more important timeline, Booker who in this timeline, helps only the Resistance group Vox Populi (Latin for "voice of the people") to enact vengence on ComStock but dies off-screen, then triggering the successful uprising by destroying Columbia or occupied some parts before some pieces begin to fall down, thus beginning the dystopic part when the protaganists jump one last time.

The first game's storyline features a fictional drug called 'ADAM' changing the user genetically giving them superpower-like abilities. These are used through injectable and marketed "Plasmids". The third game features a similar drug called "Vigors" which can be drunk for the abilities.

In the first two games, most of enemies that the player fights are called "Splicers", who are ADAM addicts experiencing withdraw, causing insanity, mutations, and/or severe deformities.